10 Reasons Why I Love Living in the Philippines

Home Blogs 10 Reasons Why I Love Living in the Philippines 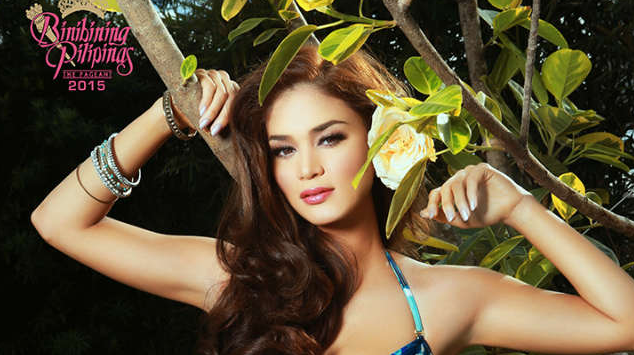 10 Reasons Why I Love Living in the Philippines

This slogan is brilliantly simple and so true. The Philippines is a lot of fun! sometimes, too much fun!

There are many reasons why I love living in the Philippines, where do I even start? From the great friends that I've made, to the stunning beaches, to the great business opportunities popping out left and right, it sure is nice to be living in one of the world's fastest growing economies.

When I moved to the Philippines in 2009 I didn't know anyone. I had no friends, clients, or connections. Nada! My personal and business life was starting all over again, seemingly from scratch. Fast forward to 2016, and I've been living in the Philippines for about seven years, and I must say, moving to the Philippines was the best decision I have ever made.

Sure, it wasn't easy leaving Southern California for a such a foreign land but I'm glad I did. That's enough about me, let me give you my top 10 reasons on why I love living in the Philippines!

Reason #1 - The economy is white hot! 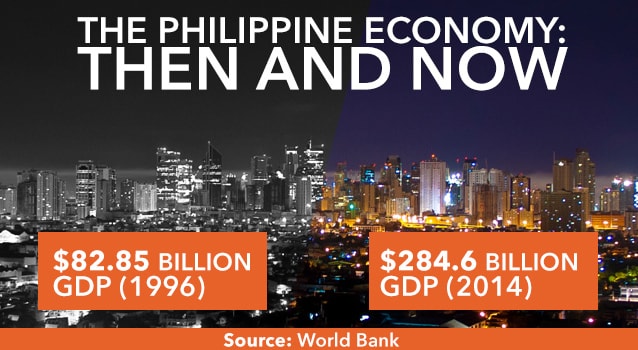 The Philippines' economy is booming!

Many overseas Filipino workers (OFWs) as well as members of the Filipino expat community are actually returning home for work. This "reverse diaspora", so to speak, is a wonderful thing to see, and a sign that the economy is going from strength to strength.

According to the Oxford Business Group, The Philippines has the best economy in Southeast Asia, and one of the best performing economies in the world. The World Bank is expecting the Philippine economy to continue being among the fastest growing countries in the ASEAN region for many years to come. 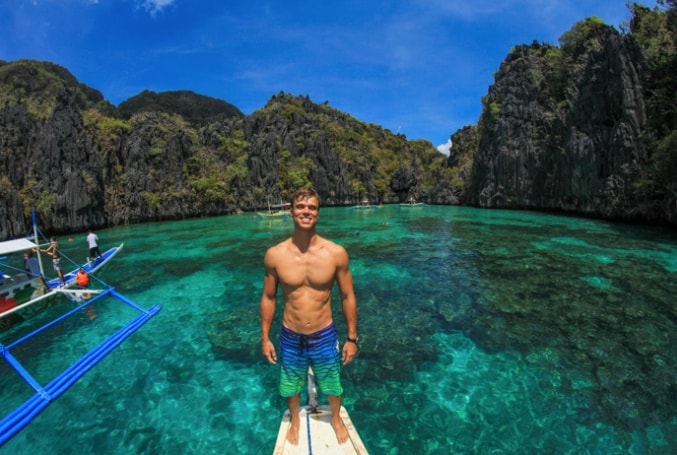 I can remember visiting the Philippines for the first time - way back in 2002. I was blown away by how hospitable Filipinos were upon my arrival. I flew to Manila, and then flew directly to Naga City to visit the family of my ex-girlfriend.

I was amazed when we arrived, her entire family was waiting for us at the airport holding welcome signs. It was really touching for us that her family would go through all this effort! There isn't a day that goes by that I don't appreciate Filipino hospitality and their love for foreigners, if only all countries, including my own, could be this welcoming to foreigners. There is no doubt in my mind that the world would be a better place. 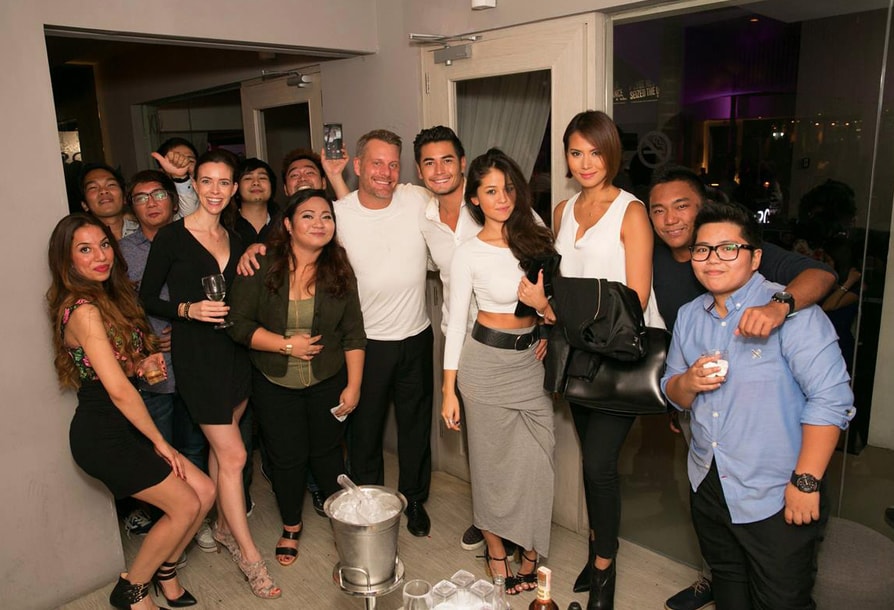 Anyone who has ever experienced the Filipino nightlife scene knows how fun it is! It's right up there with Brazil and Spain as the best countries in the world to party in. Filipinos sure do know how to have a good time!

When I moved to Makati back in 2009, EMBASSY and Fiama on Monday nights were always the two hot spots, and that was about it. Now, there seems to be a new bar, club or restaurant opening every night!

Places like The Cove at Okada and Xylo have raised the bar to all-new heights, putting Manila squarely on the map as one of the best nightlife destinations on earth. You just can't have a bad night out in Manila.

Reason #4 - The beaches are insane! 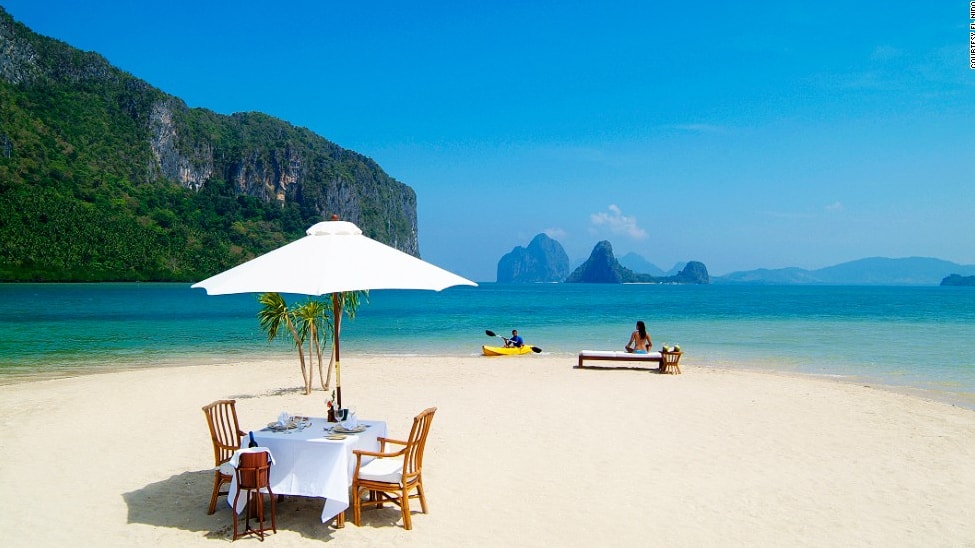 The Philippines has been generating a lot of buzz recently as a less-'touristy' alternative to Southeast Asian beach hot spots like Bali and Thailand. It's not hard to see why. It's just like how Thailand or Costa Rica were 50 years ago.

The island archipelago is home to more than 7,000 islands, which most boasting at least one or two idyllic beaches. With so much great coastline it can be tricky to pick your favorite spot.

Here's a tip: If you like to walk on uninhabited islands all by yourself, you need to go to Palawan. If you want nature and nightlife, try Boracay. There is a dizzying array of pristine, white sand beaches scattered all across this incredible archipelago just waiting to be discovered!

There are many beautiful girls in the Philippines. Filipinas routinely dominate international beauty pageants, bringing pride and joy to the Filipino people. Filipinos take beauty pageants really, really seriously. They are akin to a national obsession.

On December 20, 2015 Pia Alonzo Wurtzbach made history when she became the 64th Miss Universe and third woman from the Philippines to hold the title. Filipinos are very diverse, and a mix of cultures and ethnic groups. If you don't believe me just get on Tinder in the Philippines and swipe around. I could go on and on, but I'll just leave it at that!

Services like massages, haircuts, manicures, etc. are dirt cheap in the Philippines compared to America or Europe. Perhaps the greatest things to do in Philippines is pampering your body with a good massage.

Massage places and spas are all over the Philippines, from luxury spas on the beach to low-cost providers - there is a massage spot for everyone! Since they're so cheap many people get one almost daily.

Check out my friend's super cool app for massages and other spa services: http://zennya.com its like an Uber for massage. This incredible app was made right here in the Philippines.

Reason #7 - It is easy to travel around Asia 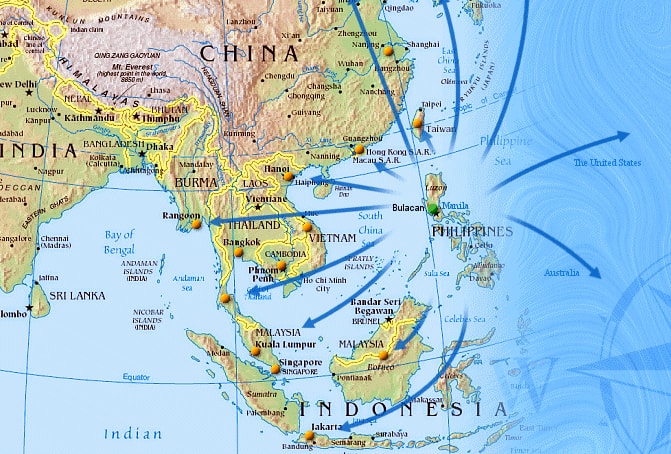 The Philippines is ideally located in the Pacific Ocean halfway between Japan, the Koreas, and China and Australia and New Zealand, making it a great base from which to explore all of Asia.

Just a quick glance at plane tickets on SkyScanner (https://www.skyscanner.com) tells me that I can travel to 22 countries for less than $150 USD. Amazing! This is one big reason why I travel all the time. If you could travel from one country to another for the price of flying from LA to Vegas, you'd have more stamps in your passport too! 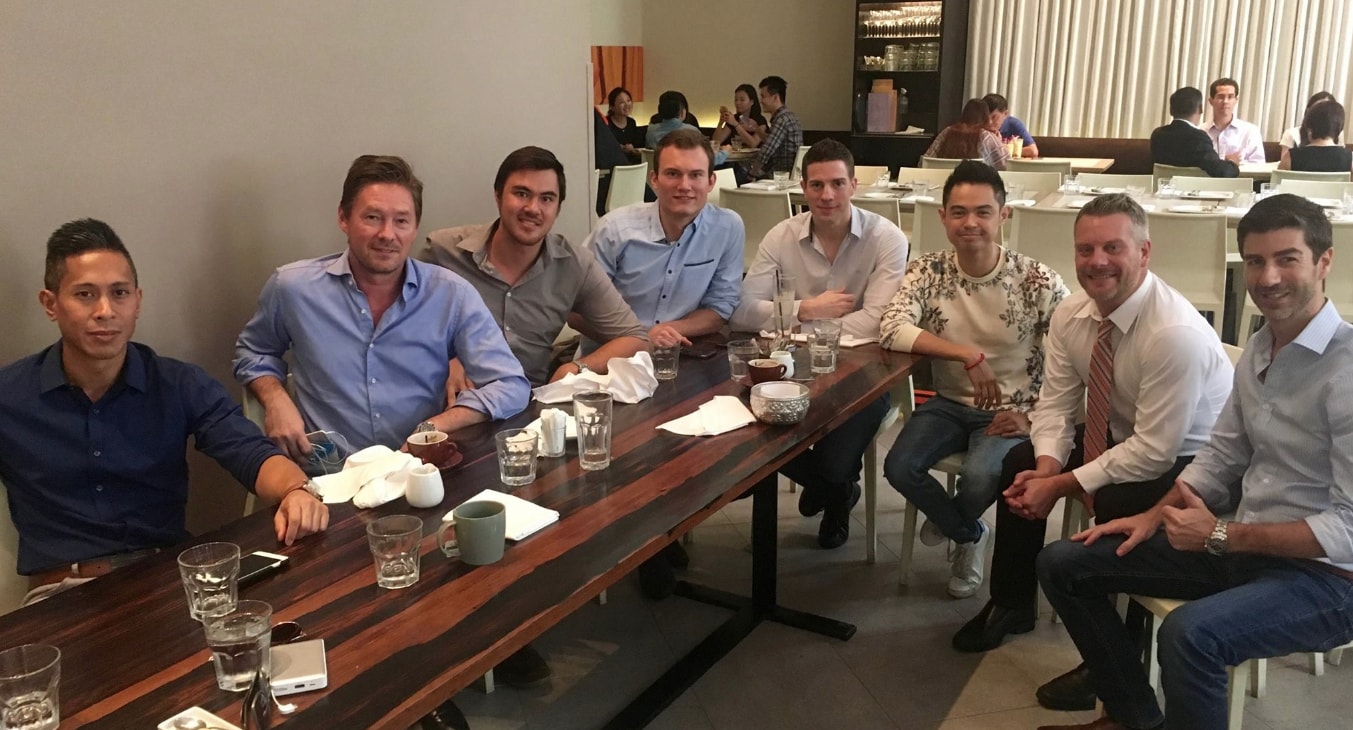 The expats / foreigners community living in the Philippines is really amazing. I have met so many great people over the years, and made countless friends for life. Many foreigners in the Philippines are doing incredible and highly-innovative things - especially in the BPO industry and in tech.

Or look at Italian Mario Berta who created Flyspaces (http://flyspaces.com), a first in Asia. The AirBnb of office spaces. Expats are boosting the economic vitality of the Philippines, and I'm proud to be one of these expats who is creating hundreds of jobs in the Philippines - a country I love. 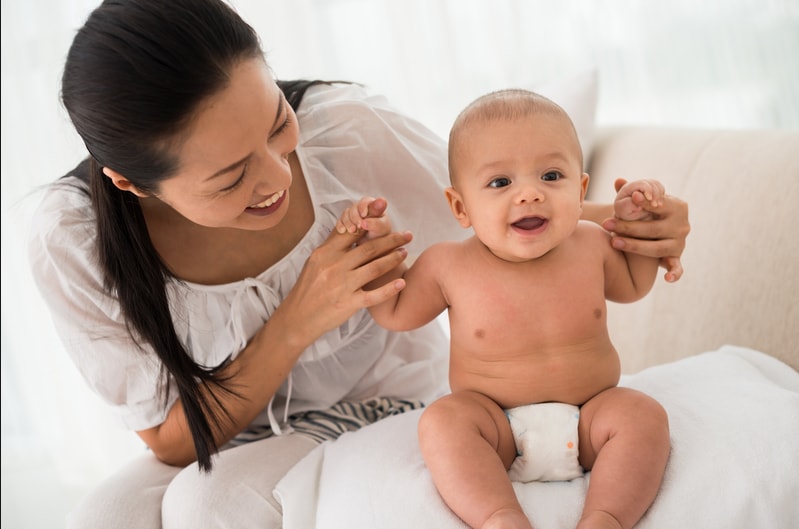 Imagine never having to cook, clean, iron clothes, do laundry, make your bed, run an errand or drive yourself ever again!

Hard to imagine for most Westerners, but this is my lifestyle. I have not had to do any of those things since I moved here because I have an amazing live-in maid named Marissa. She takes amazing care of me.

In the States, like in most developed countries, maids, drivers and nannies are super expensive - and available only to the chosen few. Not in the Philippines. Here they are all affordable, which means just about anyone can have a very-comfortable lifestyle.

Reason #10 - It's really more fun in the Philippines!

As the nation's tourism slogan goes, "it's more fun in the Philippines!". Take my word for it when I say this slogan is true!

This simple slogan was a stroke of creative brilliance. So what are you waiting for? Plan your next vacation in the Philippines, you won't regret it, and I may even have a couch for you to crash on! 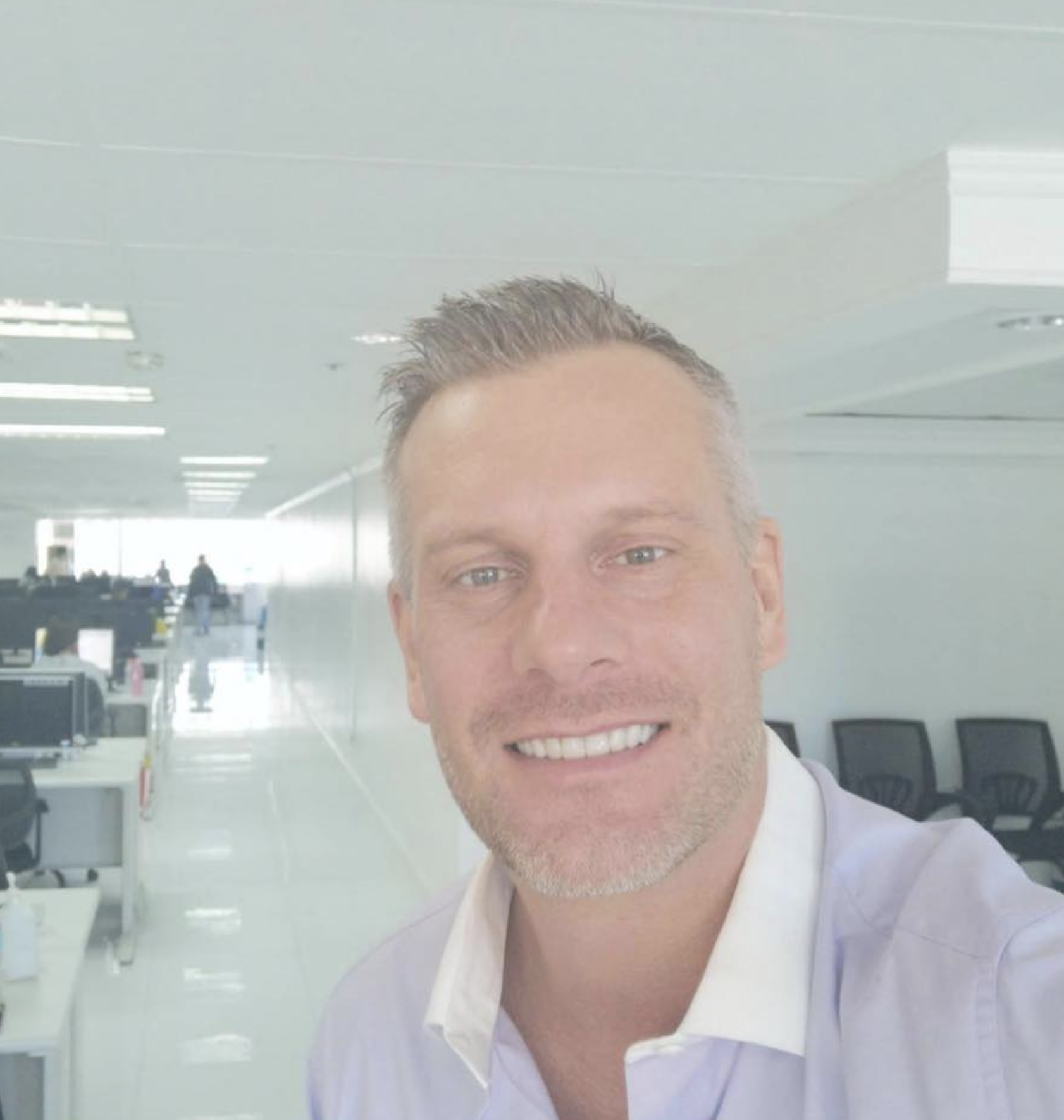